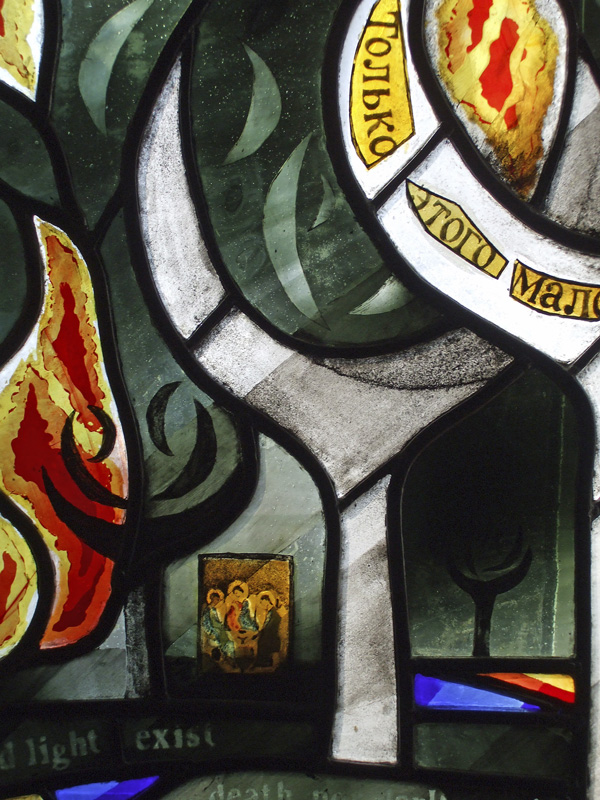 Born in 1932, Tarkovsky’s films were internationally acclaimed for their poetic and prophetic power. The subject matter of the window was inspired by the final scene of  ‘The Sacrifice’ – the last film that Tarkovsky made before his death from cancer in December 1986. The panel uses imagery common to Tarkovsky’s work – trees and water, fire and icons. Also incorporated are extracts from the poetry of his father, Arseniy Tarkovsky, in Russian and English translation. The verse in the lower panels is from ‘Life, Life’ and the Russian text in the tree translates as ‘But there has to be more’. The icon of ‘The Holy Trinity’ repeated in the trees is by the fifteenth century Russian painter Andrei Rublev who was the subject of Tarkovsky’s most famous film. The names of this and the other films he made in his tragically short working life are recorded in the seven red flowers in the branches of the tree.

Reality and light exist,
But neither death nor darkness.
All of us are on the seashore now
And I am one of those who haul in the nets
When a shoal of Immortality comes in…

From ‘Life, Life’ by Arseniy Tarkovsky 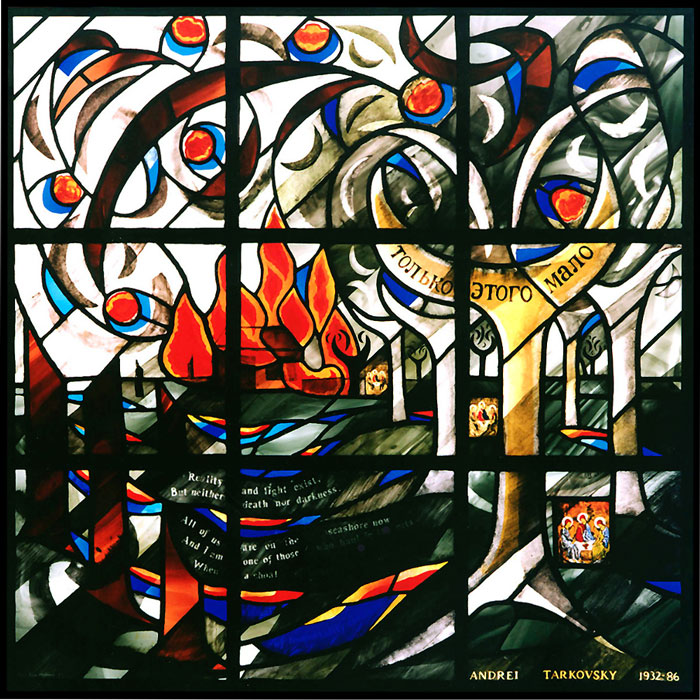 This window was made in 1987 and originally designed for a competition to make a window for the Museum of the Moving Image, London. It was on loan to the Museum until 1999. The panel measures 150cm x 150cm and is for sale to a permanent home. Available for exhibition or purchase. Price on application.